My nephew Nathan is 4 years old on Friday, so as well as the Spiderman card from me, I've made a Lightning McQueen ( from Disney's "Cars" ) and a Numberjack 4 card from his parents and grandparents. 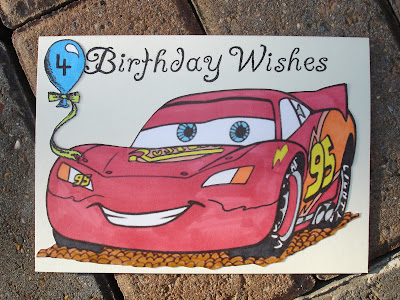 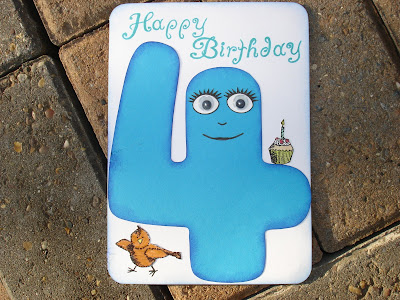 Nathan has been doing a lot of street dancing (well he thinks he is!!) lately and he does a move which he calls "a robot walking backwards", hence the little bird doing the same ( and its covering an ink smudge )


They are plain and simple, and I hope he likes them..........mind you he'll be too busy with his presents to care what the cards look like!!

No other cards I'm afraid, as yesterday at my friends I could not think about crafting as my mind was focusing on my poor old neighbour who still isn't well, and his son is going back to London and leaving his dad alone. I wont bore you with anymore tales of woe, but I'm not a happy bunny he's going

Hope to be back in the crafting saddle soon, and thanks for bearing with me.