Hello, thanks for dropping by, I hope you like what you see.

Today at our Craft Club workshop we made a cute Owl Pop Up card, and surprisingly I managed to finish the card, all but the greetings which I've added this evening. 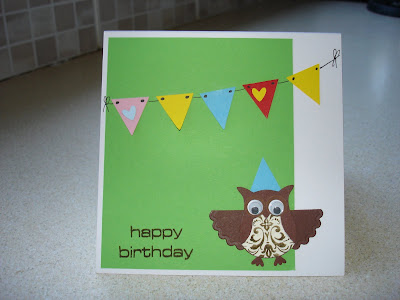 I started with a white square card from my stash and added a matt of SU Green Galore. The Owl was made with Jacqueline's SU Owl Punch in Chocolate Chip, with his wings made from a scallop circle cut in half ( Using a BS and nestabilities ), and his feathery chest was the stamped flourish from the SU Bliss set in CChip on Very Vanilla. The bunting, hat, and googly eyes were supplied by Jacqueline, and I added the occasional heart on the bunting flags. The Woodware sentiment was stamped in CChip and the bunting line drawn in a Letraset fine black pen. 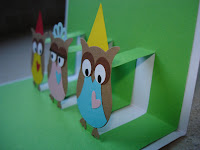 The inside was lined with some more GGalore that had had 3 slits cut into the fold that were then folded in the other way to create somewhere for the owls to be stuck to. ( It's difficult to explain so I hope the photo speaks for itself?) 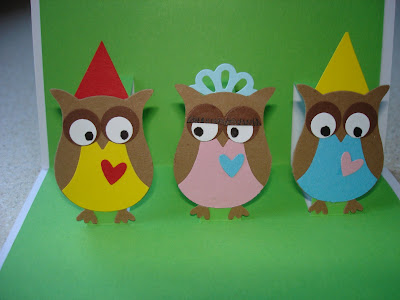 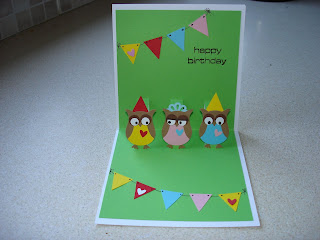